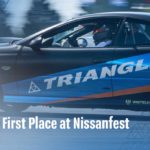 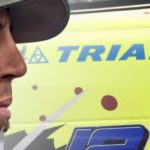 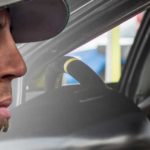 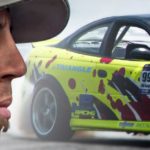 Eddy Gonzalez’s dream of competing an entire drifting season on “brand new, good quality tires” came to fruition in 2017 when he landed a sponsorship from Triangle Tire USA.

“I have never run a whole season on brand new tires and what a difference it has made in consistency,” he noted. “Consistency is crucial in drifting in setting up the car and being able to predict how the tires will perform in different driving maneuvers.”

Gonzalez, who hails from Monroe, WA, has competed in four rounds in the Evergreen Pro Am Drift Series and has one more round to go on Sept. 30, his birthday. He figures he will end up 5th or 6th out of 24 drivers; an impressive showing for his first season in pro am competition.

Gonzalez began competing in grassroots drifting in 2014 when he built his first Mustang. In his first event at the Evergreen Speedway, he totaled his car on the 7th lap. Undeterred and anxious to keep learning the finer points of drifting, he bought another Mustang two weeks later and swapped everything over to the new chassis.

“I had a goal to win the championship in grassroots and the following year I did just that in a Fox Body Mustang,” he recalled.  “I told myself that once I dominated grassroots I would go into pro am, which I did this year.”

Gonzalez also told himself that he needed to settle on a tire that would provide consistent performance, and he really liked the Triangle TR968 ultra high performance tire after competing on it. So he was thrilled when Triangle Tire USA decided to sponsor him.

“I absolutely love the tire for several reasons,” he explained. “The tire is extremely consistent all the way down to the chords which is really important. Some tires will start chunking about halfway through the tread depth due to the extreme stress from drifting, but the Triangle tire never does this. Also, they last a really long time which is awesome when you have a lot of horsepower.”

Gonzalez added, “With its consistent grip in cornering and braking, as well as outstanding durability, I would highly recommend the Triangle TR968 to anyone for their street car.”

Gonzalez works at Boeing. He has a two-year-old daughter and a 17-year-old step daughter. His wife and the girls often attend the drifting events to cheer him on.

So what’s next for the affable Gonzalez? “I plan to keep competing with my GTO but I want to make some upgrades. I plan to supercharge it this winter, as well as make some suspension upgrades. This car is almost perfect, and with these upgrades, it can be even more competitive next year. I also want to change the gearing in the rear so that I can run the 5/8th’s bank better at Evergreen.”

We at Triangle Tire USA look forward to further demonstrating the performance of our TR968 ultra high performance tires on Gonzalez’s super sweet Mustang next year!